In Memory of Leaves Theatre

In Memory of Leaves is an immersive monologue, inspired by local life. It’s a poetic monologue for people on the move: from Wornington Green W10 to the camps of Calais …

‘Beneath a cherry tree, at the farthest end of Portobello, inside the old Athlone Gardens snatches of lives are lived while the birds sing on. City lovers steal a kiss under the branches, Moroccan elders meet their sons for lunch, a granny hands out the best supermarket deals of the day. Until Wednesday at half past three. When the diggers thunder in. A crane moves stealthily towards the cherry tree. A black bird sings wildly … In ‘the jungle’ refugees are evicted from their shacks. The trees shiver in the sand. Thousands squeeze into the north side of the ghetto where a young Afghani graffiti’s London Calling on the motorway wall.

Award-winning playwright and performer, Natasha Langridge seeks to tell the stories and reflect the voices hidden by the mainstream. Written from her own and her neighbours’ experiences (on the Portobello council estate and just across the water in Calais) In Memory of Leaves takes us on an intimate journey of love amongst the bulldozers, the underbelly of the Calais and Dunkirk ‘jungles’ and of the hope that regenerates each Spring.

In Memory of Leaves was performed in 2016 at inTRANSIT Festival, Unscene 199 Theatre, Teatro Keiros Festival and Althone Gardens. In 2017 on a Fordham Gallery Barge and in 2018 at Portobello Live and London Pavilion.

You can find out more about In Memory of Leaves by going to Natasha Langridge. 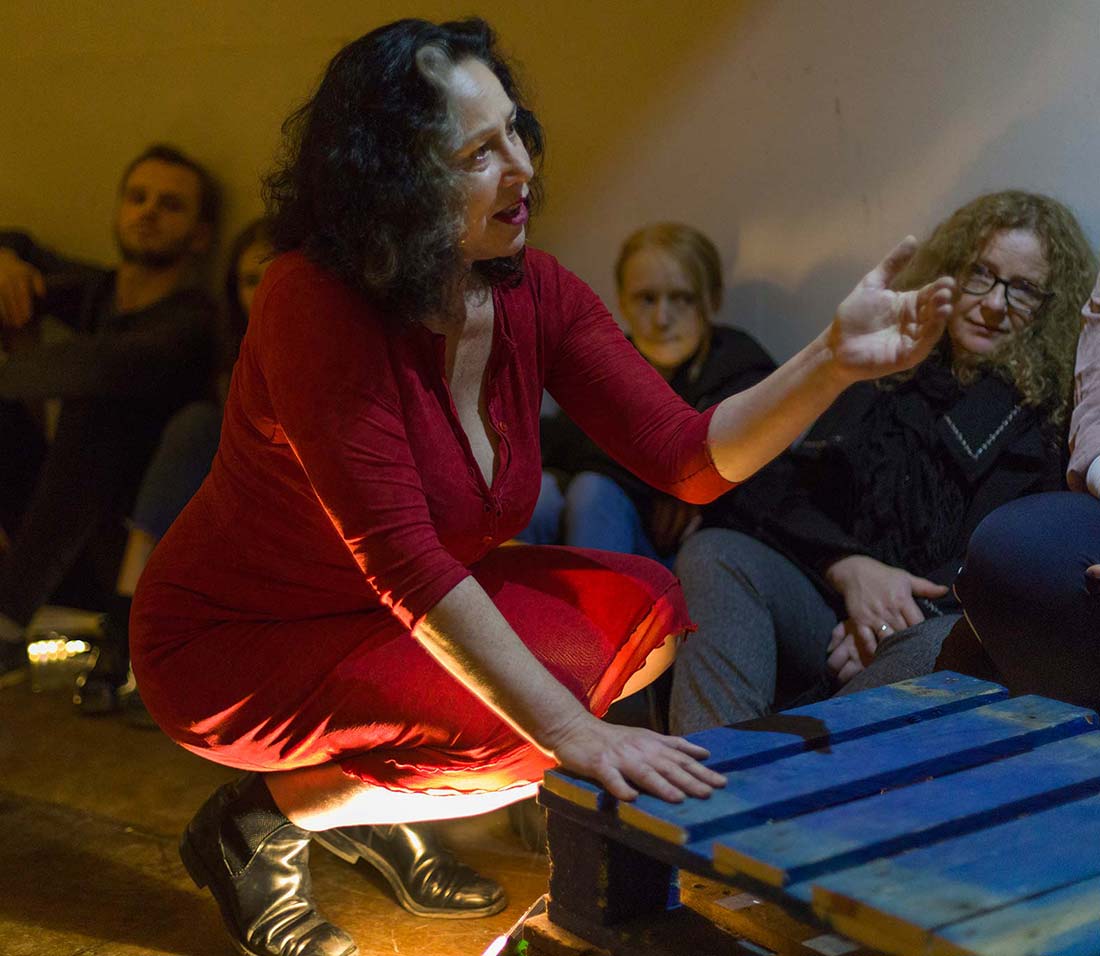 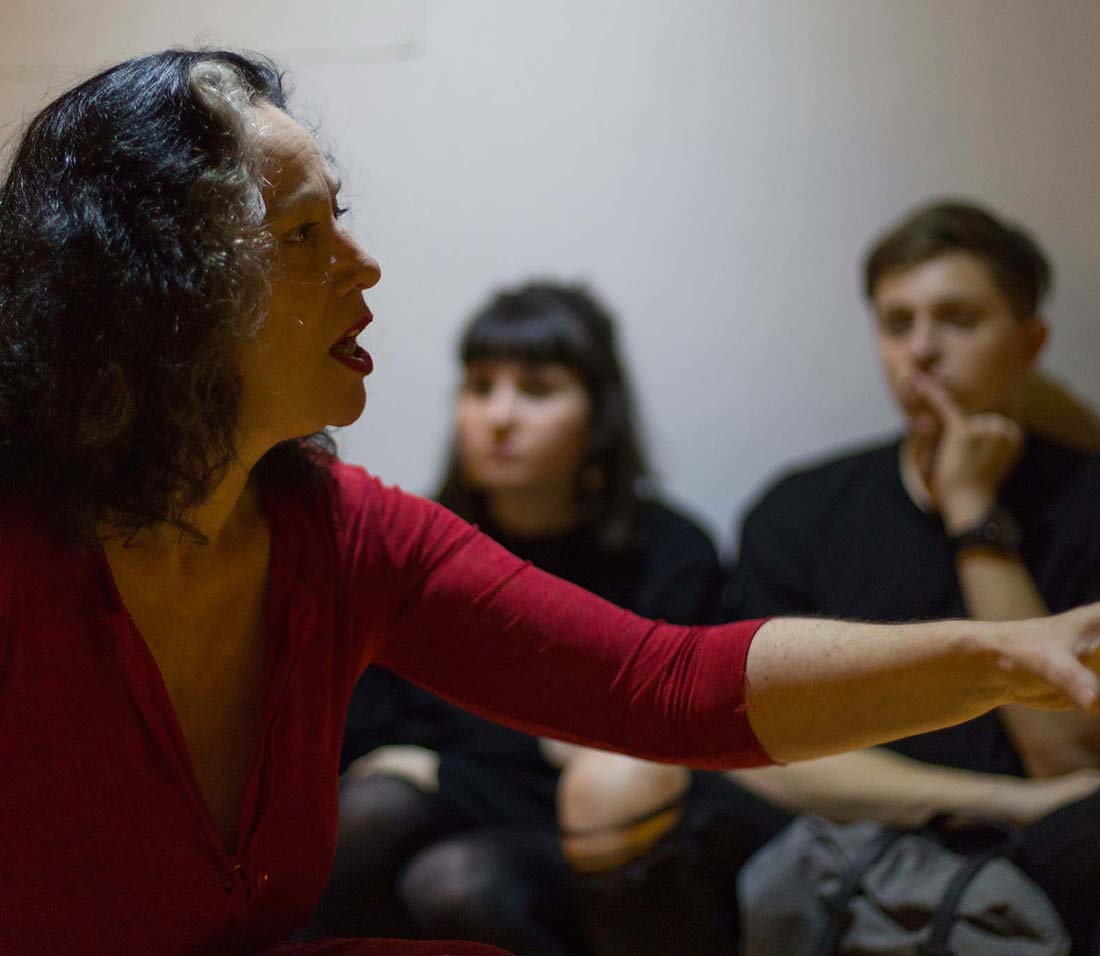 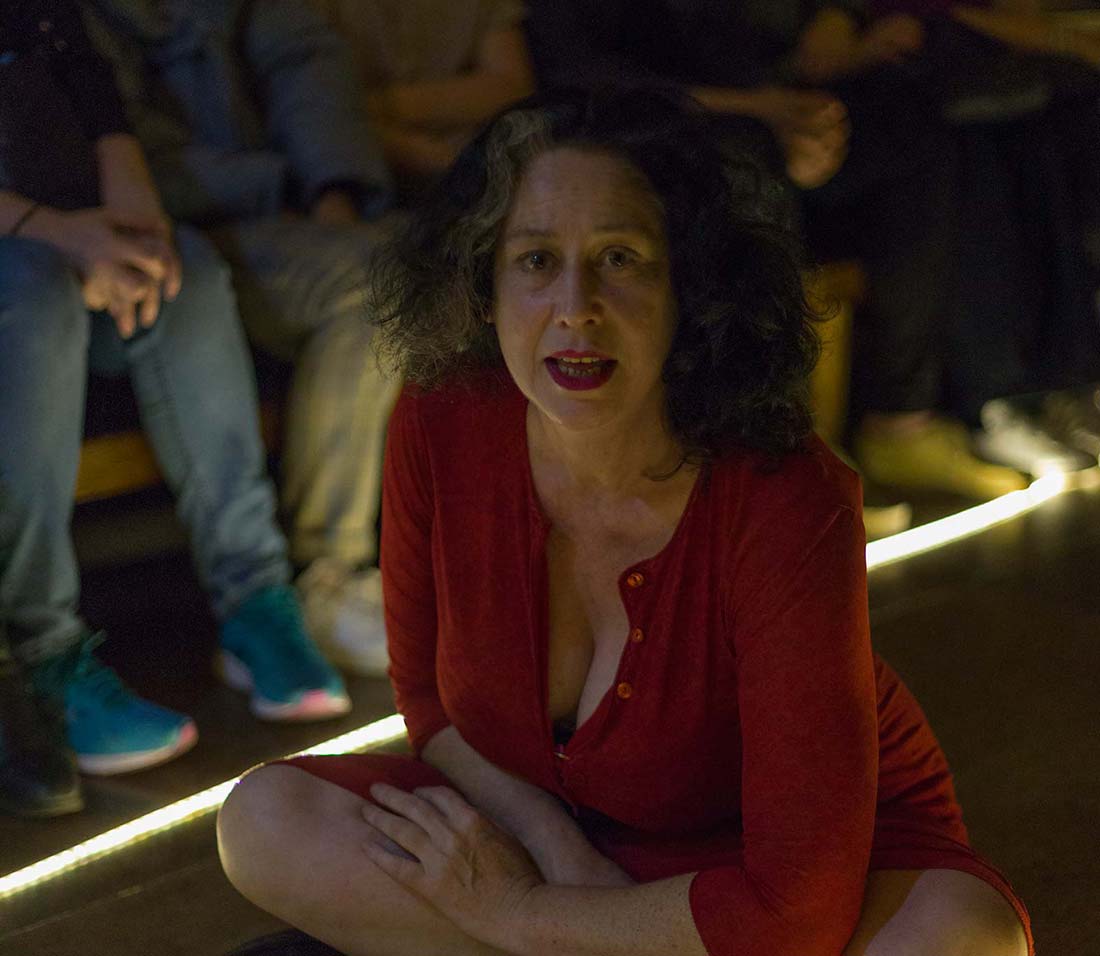 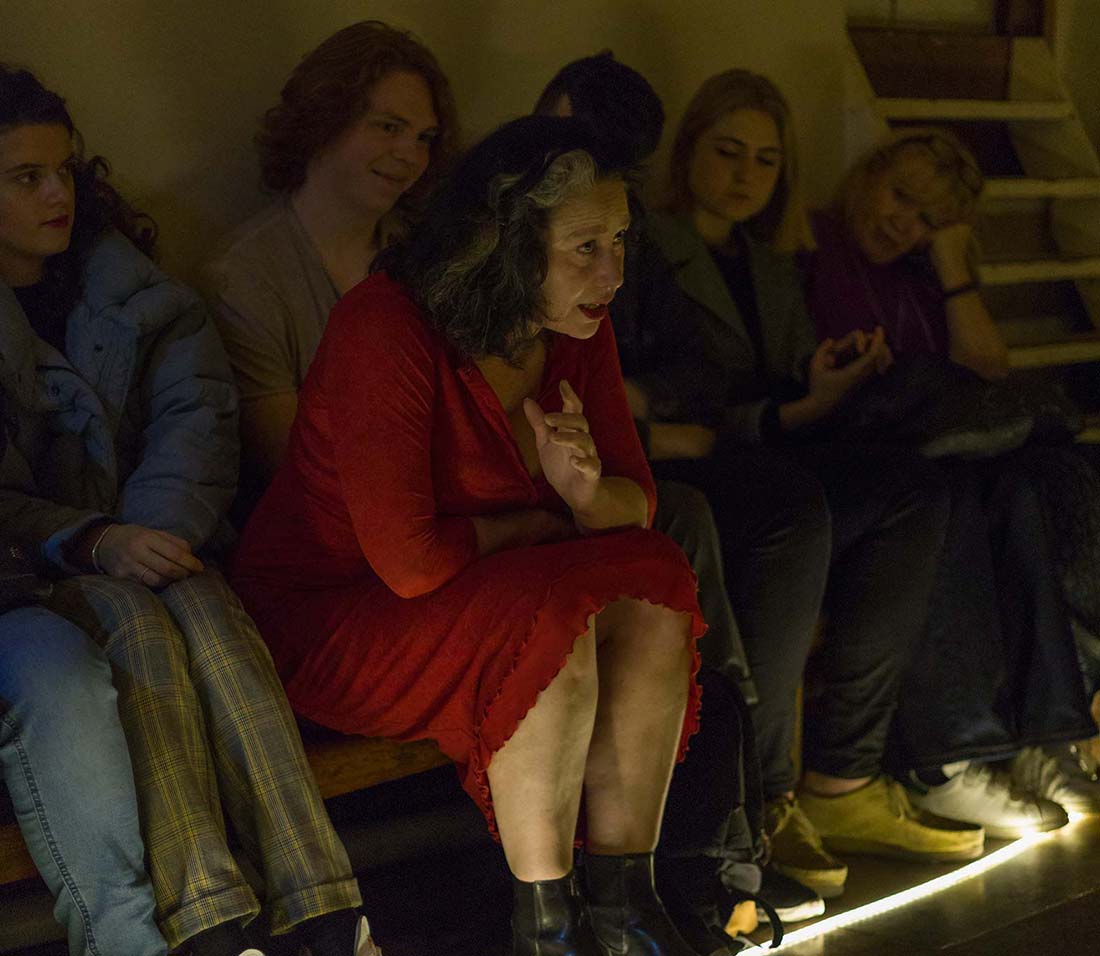 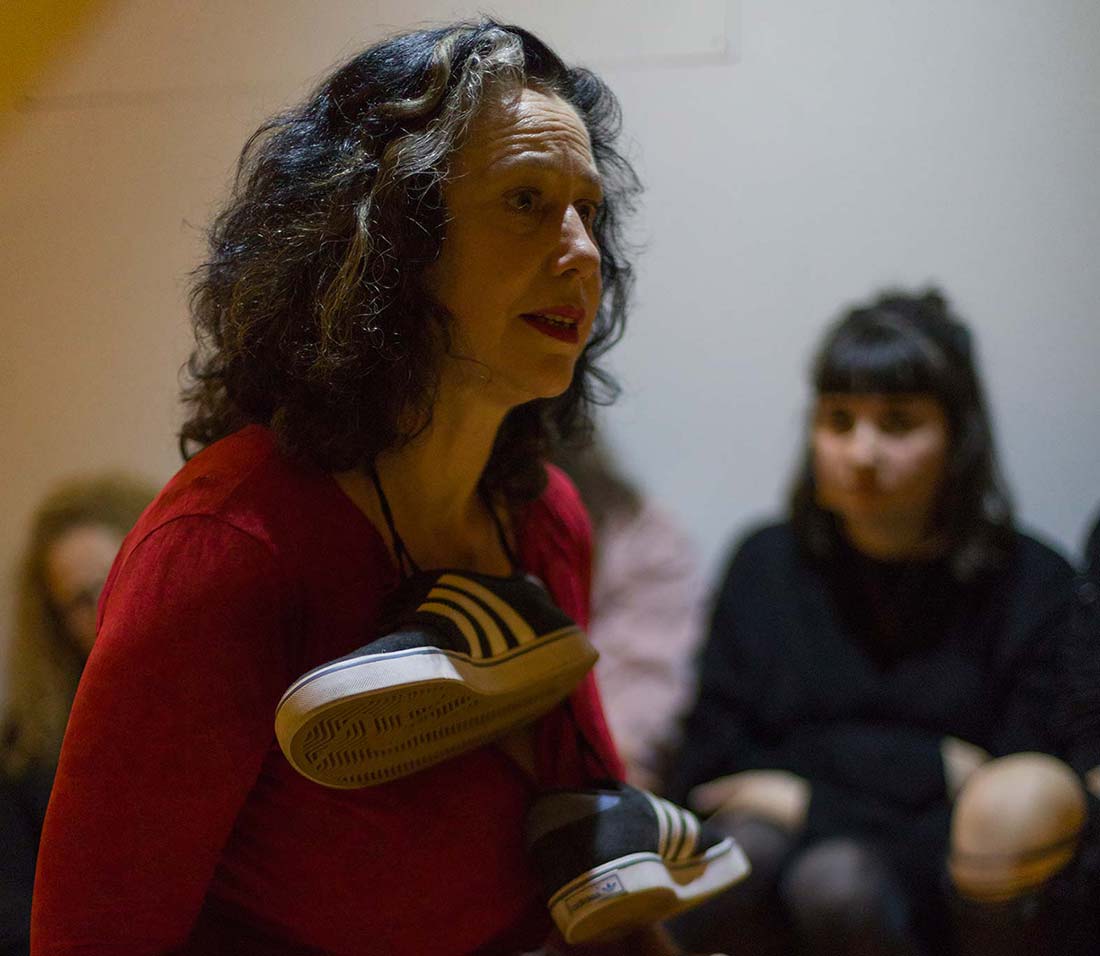 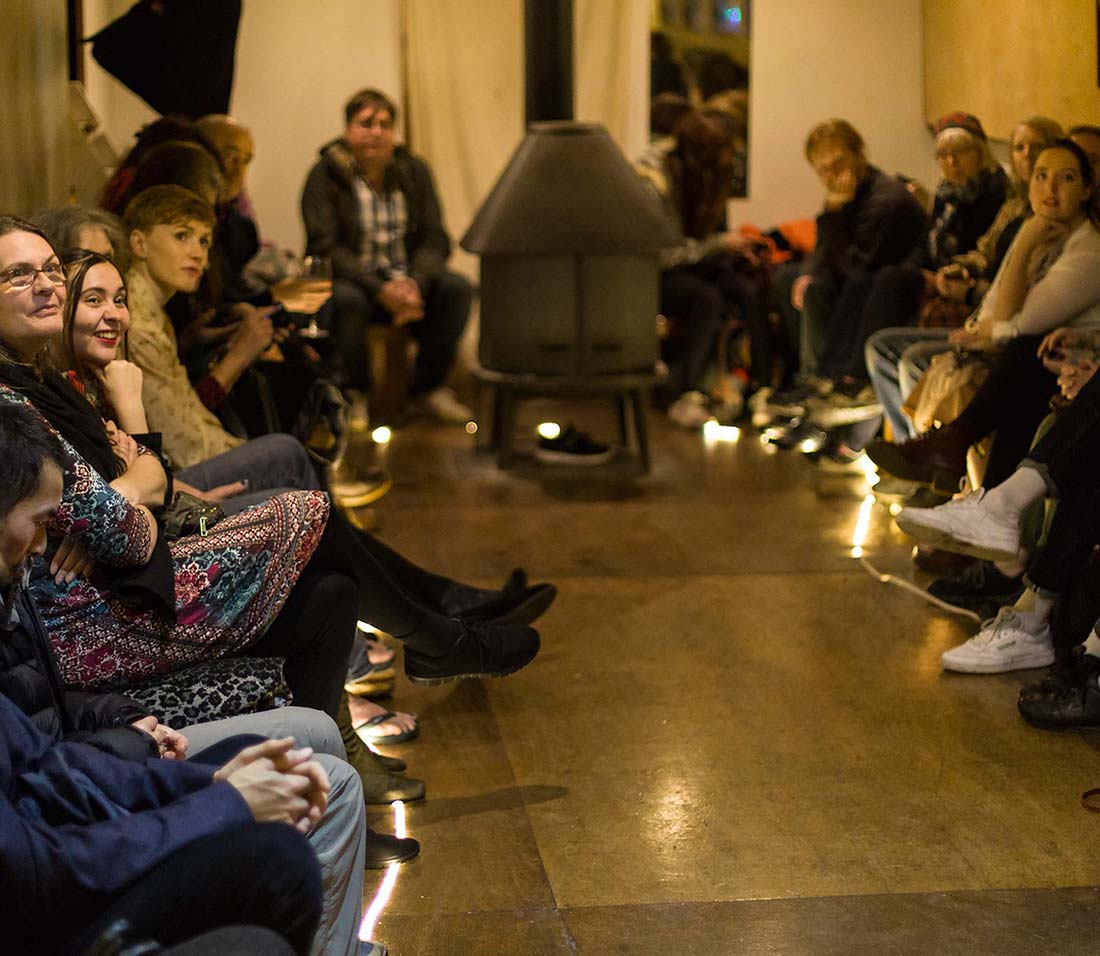 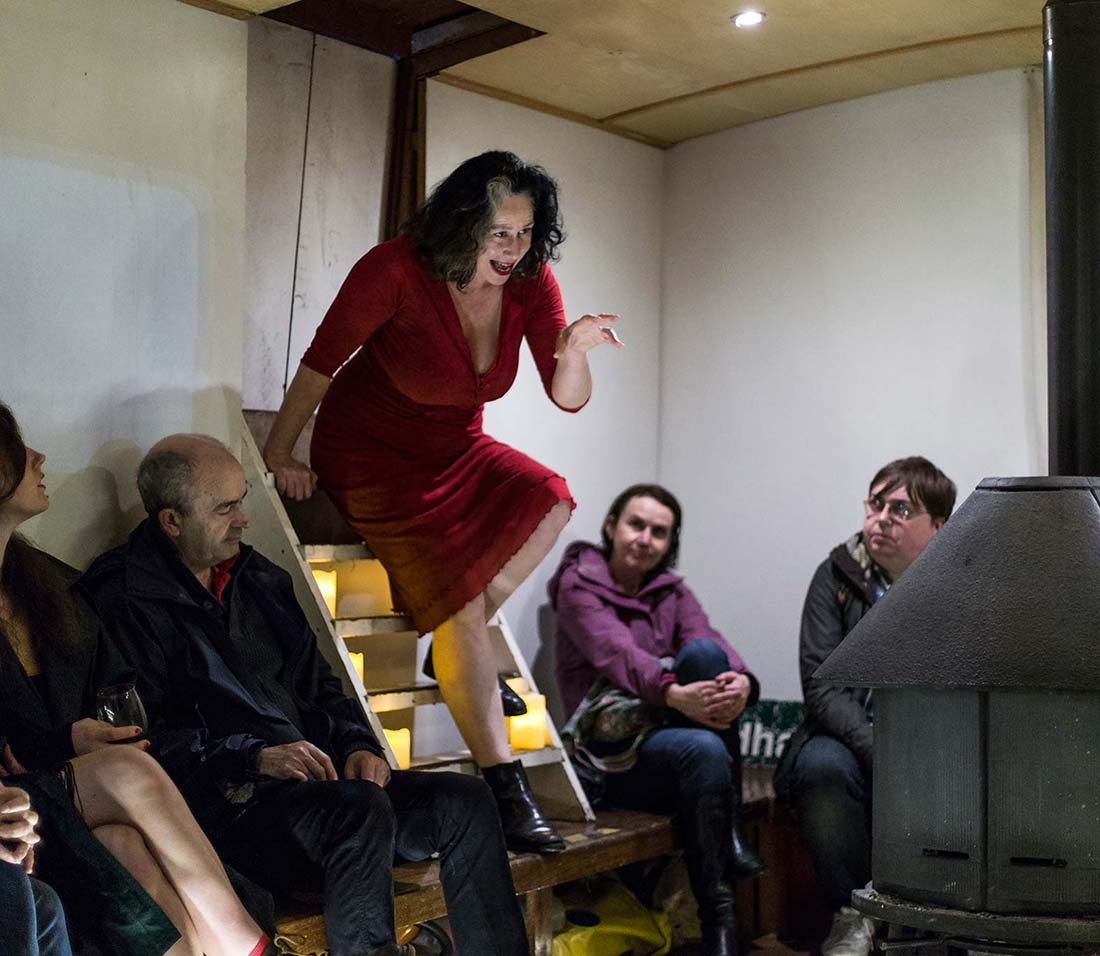 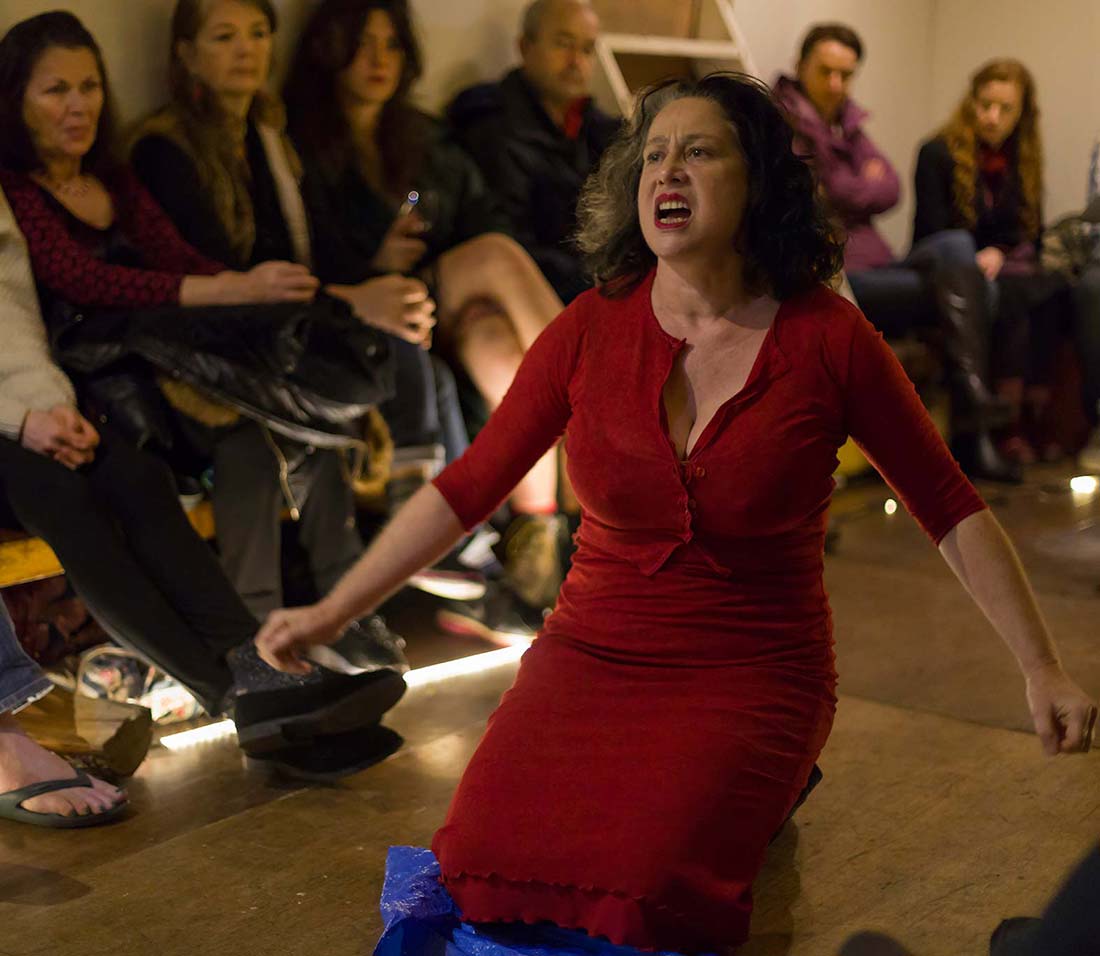 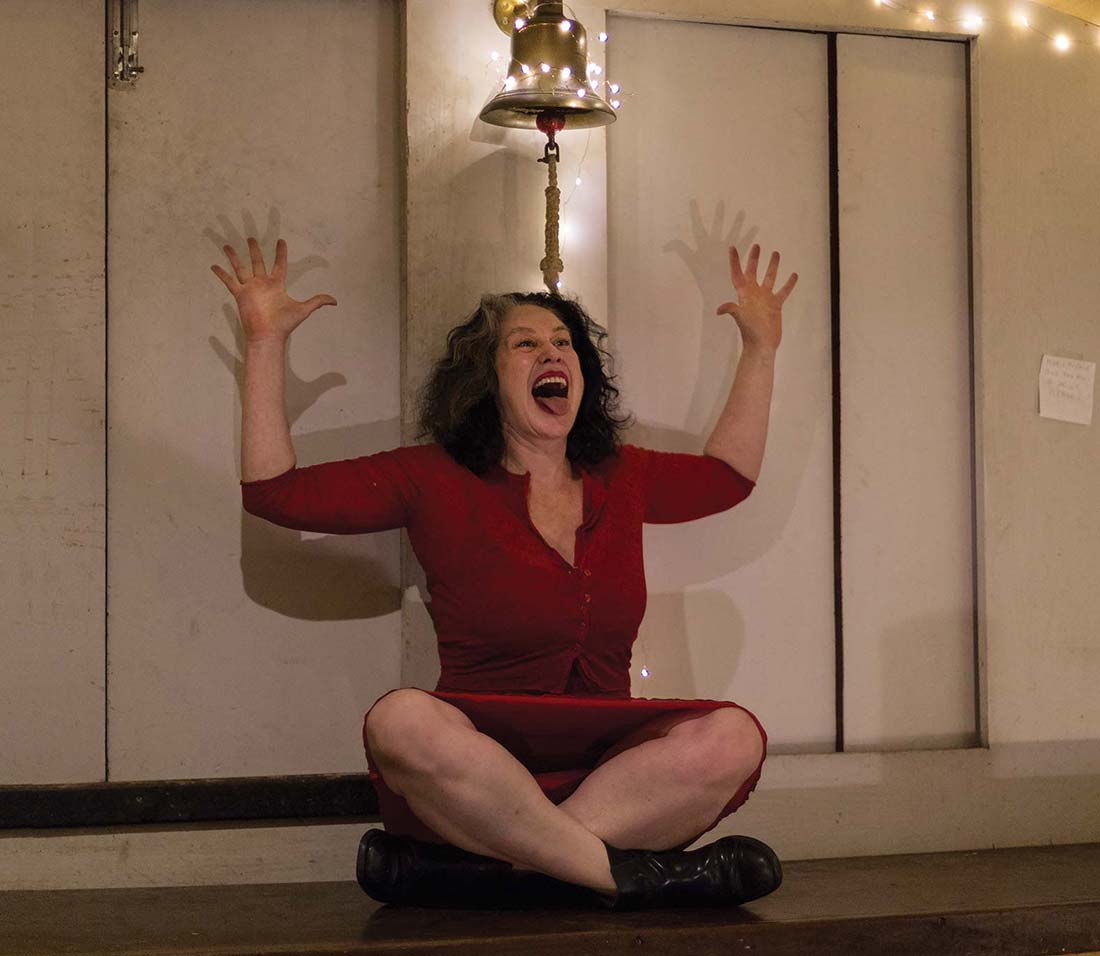 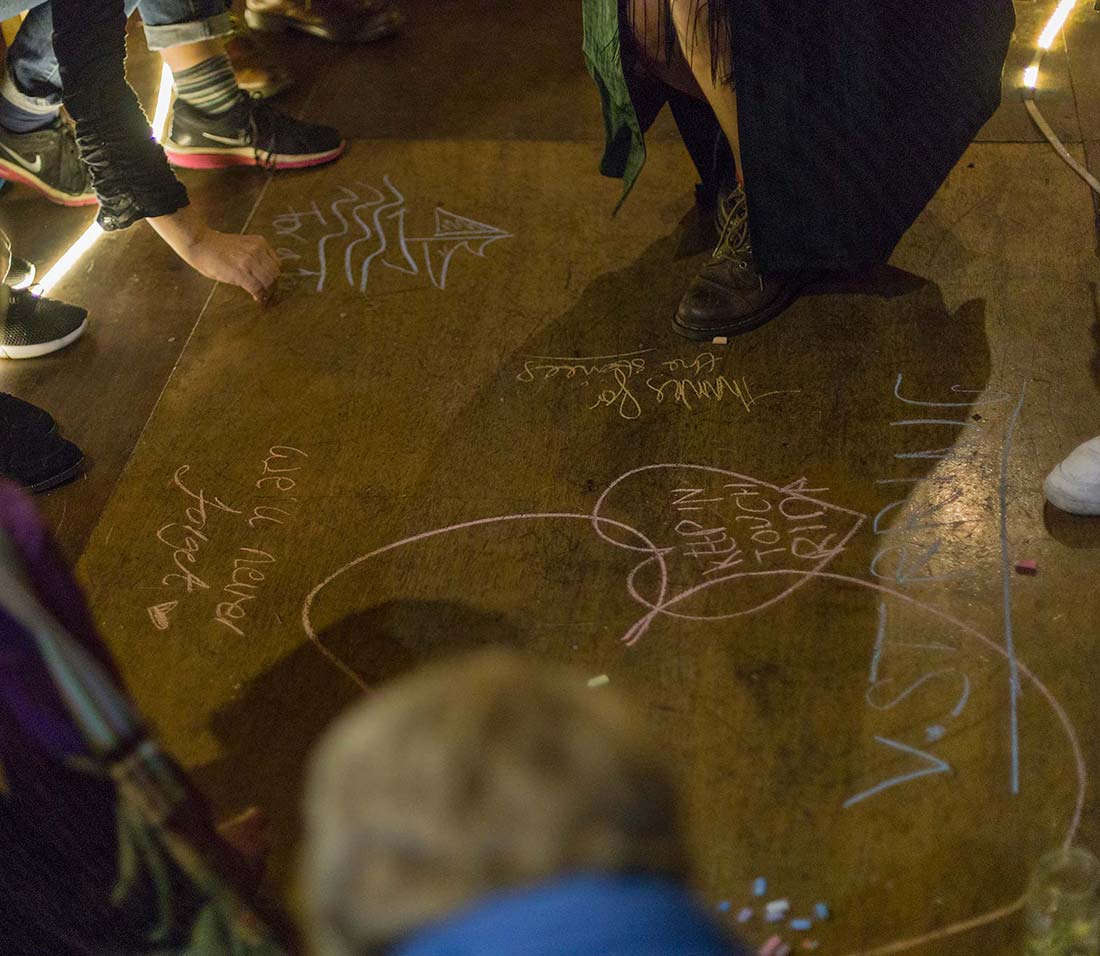 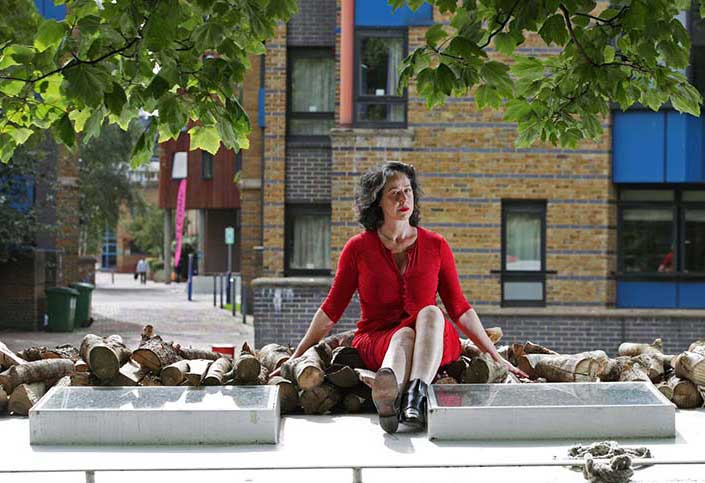 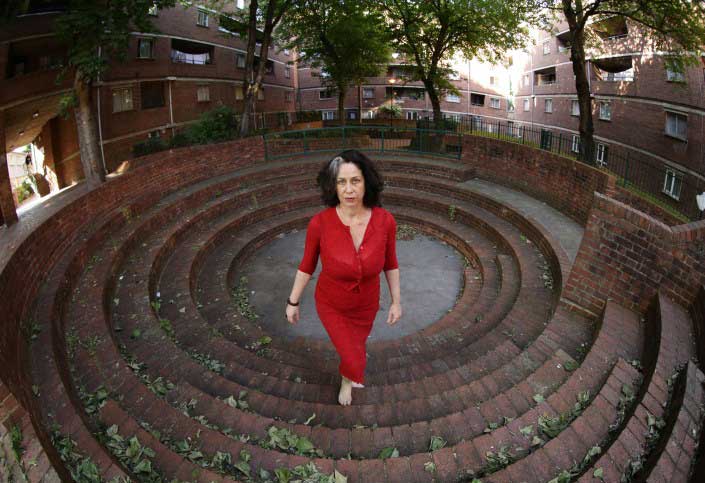 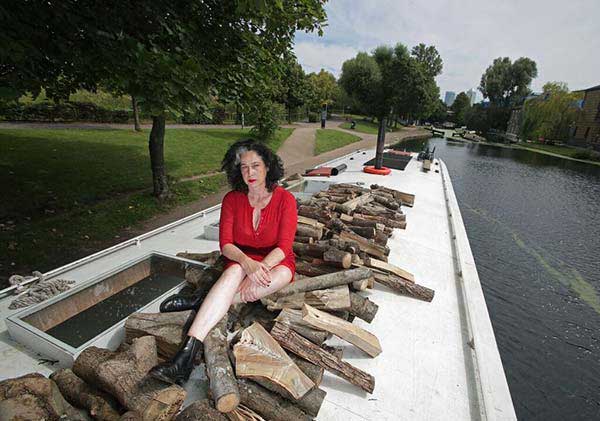 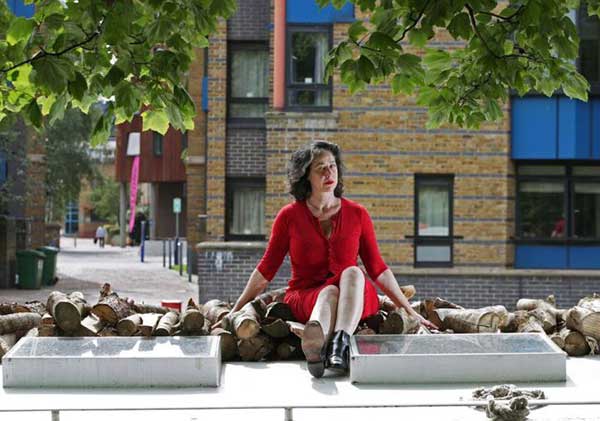 Add to the wave; we are at a point where it is sink or swim 100 days on and the scorched tower remains exposed and bare. The tragedy at Grenfell Tower, in which at least 80 people died, highlights the long neglect of social housing. It’s part of a bigger...

The Play's The Thing

Since 2013, Natasha Langridge has watched her neighbourhood become unrecognisable. As the developers and their machinery creep ever closer with every passing month, she documents their journey alongside her love life. Birds sing in trees as she falls in love with Dave who lives in Korea, and those trees are...

Tucked up on a boat on the Grand Union Canal near Westbourne Park station, I feel an immense sense of community with my fellow audience members. We’re packed in, physically touching, and bound together in this powerful moment of political theatre. Outside, London roars: emergency services rush past and commuters...

It’s a unique experience, where Langridge works with Jayne McVeigh on supple fluid movement through the barge’s space, and Lisa Goldberg’s dramaturgy perhaps helps to tighten and interrogate the appalling assault of real events on the heart of an already powerfully-freighted play. Transparently about an actor who really does get...

Hi Natasha, could you tell me a little bit more about In Memory of Leaves and what audiences can expect? A rhythmic roller coaster of passion, rage, sex and politics. It’s the raw truth from the mouth of someone (me) living through the emotional and physical consequences of ‘regeneration’ on...

Following on from Memoirs of a Tree, performed at last year’s InTRANSIT festival, Natasha Langridge returns in 2016 with another immersive monologue inspired by local life. In Memory of Leaves describes Natasha’s experience living in a block of flats on the Portobello Road council estate, which is being torn down...